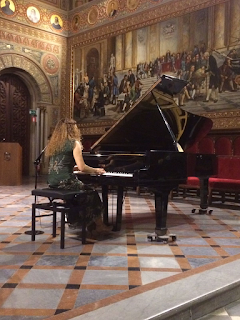 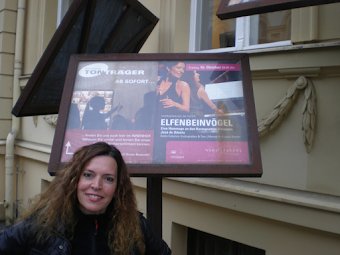 Together with Joan Josep Gutiérrez, she forms a piano duet including music from the 18th to the 21th century, with performances at numerous concert series and national and international festivals in Spain, Germany, and Colombia. Together with baritone Jerzy Artysz, she has performed at different festivals with a repertoire of Polish and German lied.

Marina Rodríguez-Brià is highly experienced in the repertoire of Spanish piano music through the art of dance. Her performances as a soloist with great artists of Spanish dance and flamenco have enriched her performances and provided them with a special air. She worked with one of the last master composers of Spanish dance music for the Barcelona stages: Joan Flotats. She is currently studying and performing his work. From 1999 to 2005, she was part of the live show El Secret de la Castanyola with José de Udaeta and Belén Cabanes, being noteworthy their performances at prestigious opera theatres and halls in Germany, Netherlands, Italy, and Spain. 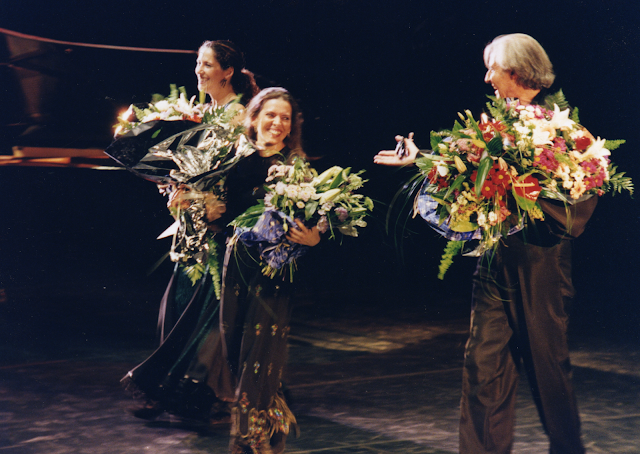 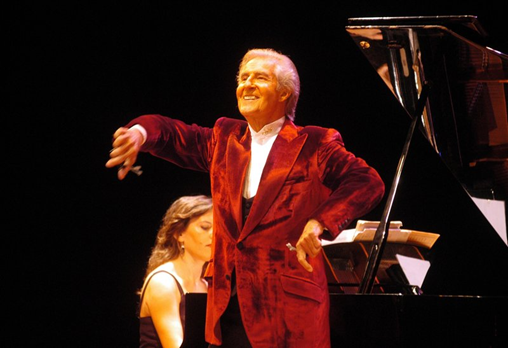 She has recorded on several occasions for Radio Nacional, Catalunya Ràdio, Catalunya Música, TV3, Canal 33, TV1, TV2, Südwest Rundfunk, RAI, and Radio France. She has published thirteen albums with works of Russian composers, Romantic dances for piano duet, Spanish music for piano solo, and a monographic album of Albéniz, among others.

Marina Rodríguez became interested in the pianos of the 18th and 19th centuries and the fascinating history of that moment in general through the study of music and the career of Muzio Clementi. She begun this research in 1998 preparing a CD with his music recorded at the Music Museum of Barcelona.
Expert on the composer Muzio Clementi, she has recorded two albums with works by this author, the latest one —Clementi on a Clementi & Co. square piano. Ultramarina Creations, Barcelona, 2015— being performed on an original Clementi & Company pianoforte of 1824.
She has given the lecture “Clementi, músic i constructor” at the Music Museum of Barcelona within the series Els instruments musicals en estudi (2016). At the University of Barcelona she has given the courses “Un viatge musical amb Clementi” (2016) and “El naixement del piano romàntic” (2019) within the course series Gaudir UB and has coordinated two summer courses in relation with this topic within the series Els Juliols at the same university. 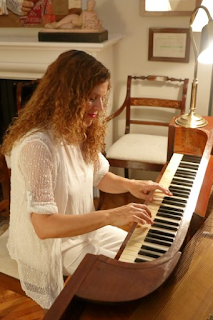 She is in contact with musicologists and scholars of this topic from all over the world, as well as with restoration specialists, keyboard collectors and music museums. She gives  lectures and piano solo recitals. 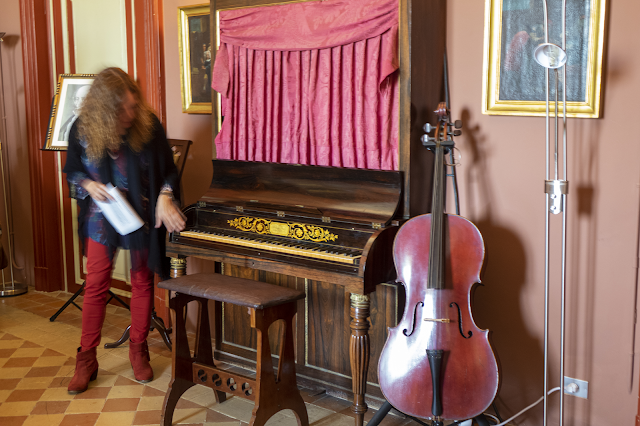 In 2017, she was invited to the United States to participate in the conference of the Historical Keyboard Society of North America, playing the opening concert and giving the lecture-recital “Fernando Sor in London. His Relationship with the London Piano School” including works by F. Sor and Clementi. 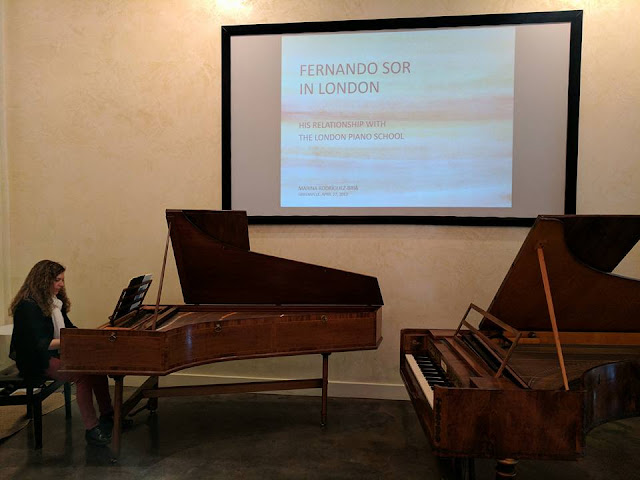 She has also given concerts of Spanish music in Columbia (South Carolina). She has actively participated at the events of the Jornada Clementi 2017 at the Institut d’Estudis Catalans and the Music Museum of Barcelona, as well as at the exhibition Muzio Clementi, The Father of the Pianoforte (of which she was the curator) at the Palau de la Música within the framework of the Maria Canals International Music Competition of Barcelona 2018. 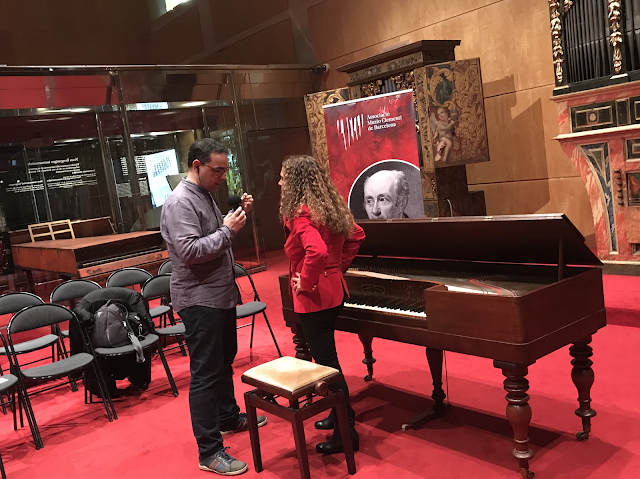 She is a founding member of the Muzio Clementi Association of Barcelona, with whom she carries out activities related to the composer and to the culture and pianos of the 18th and 19th centuries. They are  carrying out a search project on Clementi and Collard & Collard pianos in Catalonia. 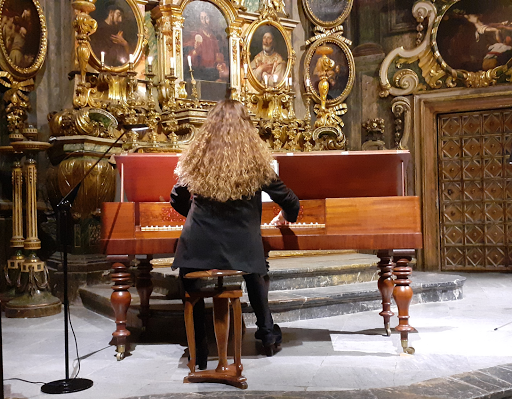 Currently, she plays the Clementi & Friends recital, that includes unusual works such as the sonata of Marianna Auenbrugger, as well as pieces by J.B. Cramer, Field, or Dussek.

Together with the dancer and castanets player Belén Cabanes, she performs the recital Big and small Percussions: Piano and Castanets. 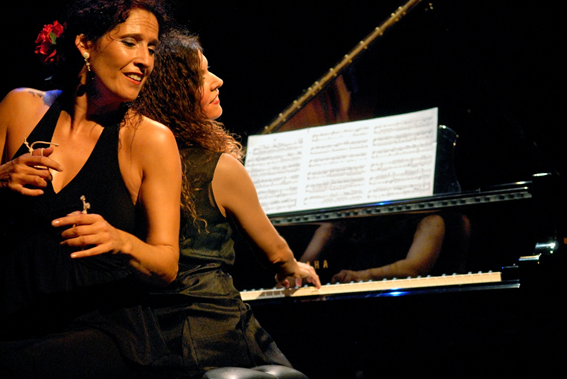 With Montserrat Gascón, in 2018 they premiered the recital Voices of Wood and Crystal with a fortepiano and a crystal flute, both original instruments from the 19th century. 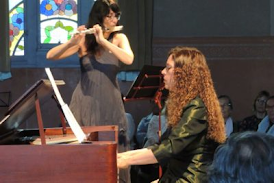 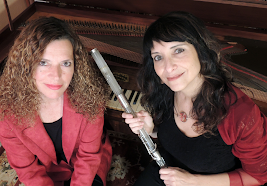 She has published her poetry book Soc una projecció pòstuma at Ultramarina Creations (2018).
In 2019 she has been invited at the Geelvinck International Fortepiano Festival in Holland, where she has given several solo piano recitals and a lecture-recital at the Sixth International Geelvinck Fortepiano Symposium. 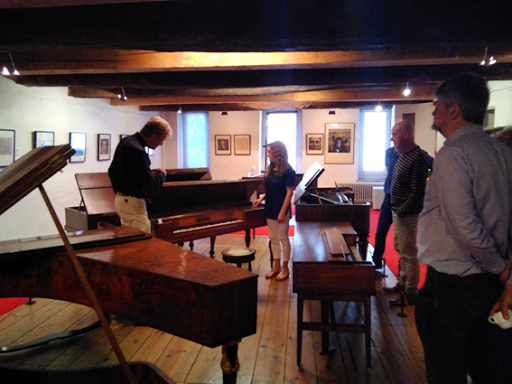 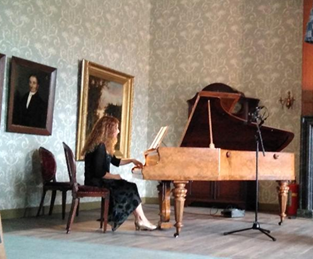 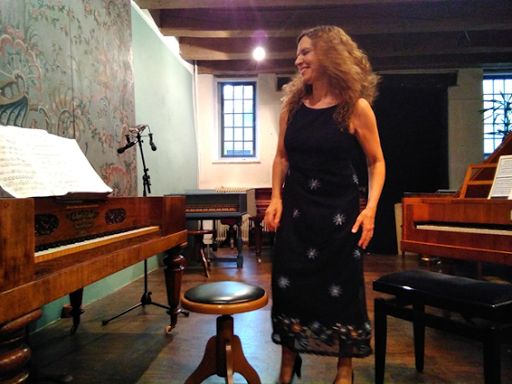 In February 2020 the Music Museum of Barcelona and the Muzio Clementi Association of Barcelona had organized the Clementi Days with several activities and an exhibition: “Muzio Clementi, The Father of the Pianoforte. Confluences with Beethoven”. Marina Rodríguez was the curator. Among other events they have invited Dr. David Rowland to give a lecture. She is currently giving the recital  “Beethoven and the Musicians of London” accompanied by an exhibition.
Also dedicated to research, she writes articles for specialized publications such as the Revista Catalana de Musicologia (the Journal of the Catalan Society of Musicology), Harpsichord and Fortepiano Magazine (UK), Revista Musical Catalana or Thematic visits to the Manuel de Cabanyes Romantic Interpretation Center.
https://orcid.org/0000-0003-1140-4660